Number of Games
2 games per night

Each Game night starts 7.15pm on a Monday evening

5 weeks / 10 rounds of modified swiss, each game being a best of one series. After the 5 weeks the top 8 teams will go into a single elimination bracket where they will play best of three series, for the duration of the tournament. 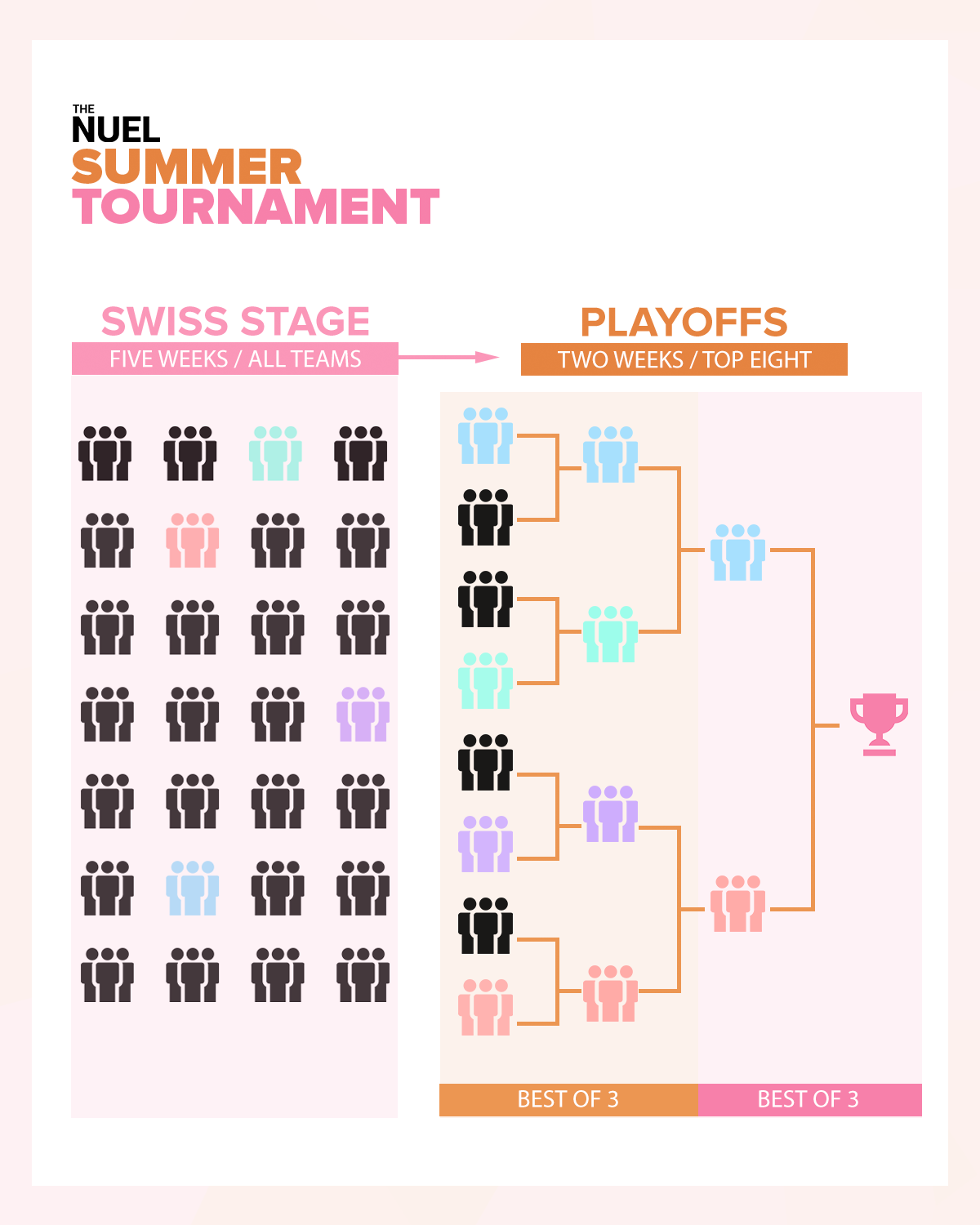 Teams will be matched against other teams that have the same/ similar points (wins). We will pre generate a swiss bracket each week based on which teams have “checked-in” to play, this lets us avoid the problem of having to wait for all games in a round to finish before starting next round. This also helps us reduce playing the same team twice but does not eliminate rematches altogether.

Teams are matched against each other based on seeding, with the lowest seed playing against the highest seed, the second highest seed playing against the second lowest seed and so on.E.g. 1st vs 8th, 2nd vs 7th, 3rd vs 6th and 4th vs 5th. When a team loses they are eliminated from the tournament and the winners progress onto the next round, this occurs until there is one team left.

Key rules everyone must know:

Map selection for Bo1s will be determined by teams taking turns to veto one map until only one map remains.


Not eligible to play

Before the tournament starts we will be sending out a form requesting current ranks of players initially seed tournament. This will be emailed to all players and posted on Facebook as well as on this page.